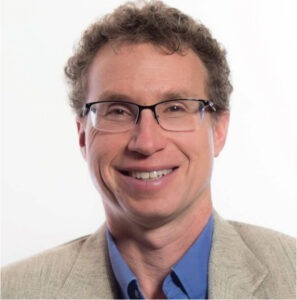 Andrew B. Newberg, M.D. is currently the Associate Director in Charge of Research at the Marcus Institute of Integrative Health at Thomas Jefferson University and Hospital in Philadelphia. He is also a Professor in the Departments of Emergency Medicine and Radiology at Thomas Jefferson University and he is adjunct professor in the Department of Psychology at the University of Pennsylvania. Dr. Newberg has been particularly involved in the study of mystical and religious experiences, a field referred to as “neurotheology”. He has also studied the more general mind/body relationship in both the clinical and research aspects of his career including understanding the physiological correlates of acupuncture therapy, meditation, and other types of alternative therapies.  He has published over 200 peer reviewed articles and chapters on brain function, brain imaging, and the study of religious and mystical experiences.

He has also produced a 24 lecture video program entitled, “The Spiritual Brain,” for The Teaching Company. He has presented his work at scientific and religious meetings throughout the world and has appeared on Dr. Oz, Good Morning America, Nightline, 20/20, CNN, ABC World News Tonight as well as in nationally distributed movies: “What the Bleep Do We Know!?

”; and “AWAKE: The Life of Yogananda

”.    His work has been featured in a number of media articles including in Newsweek, Time, National Geographic, Discover, O Magazine, New York Times, Los Angeles Times, London Observer, Philadelphia Inquirer, and Readers Digest. Additional information regarding books and research can be found at www.andrewnewberg.com.