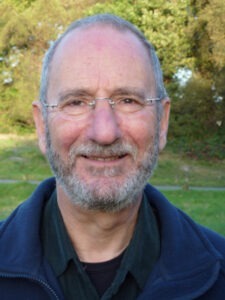 Richard Sylvester is a humanistic psychologist, therapist and lecturer. For thirty years he engaged with a variety of spiritual practices while also training in psychotherapeutic techniques and teaching counselling. In 2002 Richard met Tony Parsons and as he writes in his first book “That was the end of what I thought had been my life.”

Richard writes “The most common misconception about liberation is that it is something an individual can gain. But actually it is a loss – the loss of the sense that there ever was a separate person who could choose to do something to bring about liberation. In liberation it is seen that thoughts, feelings and perceptions simply arise in Oneness – there is no one to whom they belong.

“The sense of separation makes us take the everyday for granted and clamour for something more exciting to happen. But when separation is seen through, the ordinary becomes transformed into this wonderful play of consciousness, and it is seen that this is already it and this is already sufficient.

“This is a recurring message. It overthrows all authority. It can’t be killed off. It requires nothing. It requires no churches, no philosophical tracts, no scriptures, no history. If everything that had ever been said or written about non-duality were to disappear in a moment, it would simply re-emerge. It would re-emerge because nothing has to be learnt, nothing has to be studied, nothing has to be done, no spiritual purification and no pleasing of God has to take place, for the seeing of liberation to occur. It arises spontaneously. One moment there’s somebody there, the next moment there isn’t. One moment there’s somebody crossing a field, the next moment there’s just crossing a field.”

Video and audio below. Audio also available as a Podcast. Due to technical problems, this video only contains still shots of Richard, while Rick’s video is normal.

Note from Rick: I may sound a bit argumentative in this interview, but that was not my sentiment. I do not doubt Richard’s realization and I appreciate the clarity of his expression, but I do doubt and question the tendency of some speakers to offer a description of the awakened state as a prescription, or to state that nothing can be prescribed, and that spiritual practices and realization are unrelated. I felt the interview would be more interesting and authentic if I honestly aired these doubts and questions, so I did, and a lively discussion ensued which we both enjoyed. In fact, Richard suggested that we do a follow-up interview, which we will eventually.