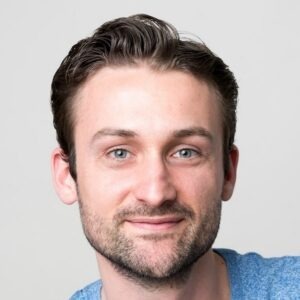 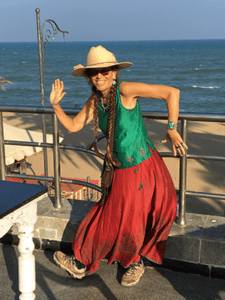 In the spring of 2011 I was cleaning a stove and quite suddenly the knob I was holding became the rag became my hand became the space became the stove as all lines between things between moments and between myself and the world dissolved. It was like the scales had fallen off my eyes! I had heard of no self but had never heard there were no things!

There was an intense psychological and physical relaxation, and I was amazed that my body didn’t crumble to the floor! It was obvious that there was no one doing life, and that life wasn’t happening to a me. It was the end of a lifetime propelled by hope and fear and need of a never arising next. It was as if time died. It was as if I had died, yet it was obvious that I had never existed, yet here I was!

This knowing feeling of seamlessness has not left for almost eight years.  It is always obvious… it kisses me awake in the morning and holds me as I drift off to sleep…. life is overwhelmingly beautiful and wondrous always, like edgeless liquid love…. no matter what it looks or feels like.

The longing to sing of this, knowing that it cannot be kissed with words paints my reflection with sky in sky…. I am not a teacher or guru, simply a lover of love. 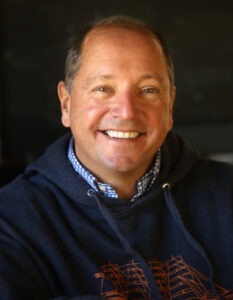 Rev. Peter Panagore, M.Div (Yale) has had two near-death experiences, the first while ice climbing in 1980 and the second in 2015 due to a heart attack. He recounts these in his book Heaven Is Beautiful: How Dying Taught Me That Death Is Just the Beginning

, is a collection of original inspirational devotional stories, many of which he told for 15 years on a daily TV show reaching 30 million viewers annually in Maine and New Hampshire. Previously, he served as a United Church of Christ minister and pastor in Maine and Connecticut. He published 150 sermons and many prayers in Homiletics, a leading clergy journal. He now runs a global spiritual counseling service for “closet mystics” and travels nationally as a public and inspirational speaker and teacher. He has been practicing Zazen/Centering Prayer and Kundalini/KriyaYoga for forty years.