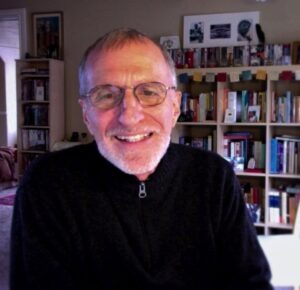 When I was 11 years old our school took a bus trip to the local library. While most of the children were off exploring the mysteries of Nancy Drew and the Hardy Boys, for some reason I found myself in the row of books called Philosophy and Religion.

I recall pulling a hardbound book off the shelf and directly opening it to an old black and white photograph of the Portola Palace in Lhasa, Tibet. At that moment, it was as if all my breath was sucked out of me and my mind went totally quiet. Somewhere in the depth of my being, I knew I was looking at a very familiar place, one that I may once have called home. I stood there for a very long time just staring at that photograph.

Then, like a starving young man having a meal laid before him, I hurriedly began to devour the book. When it was time to leave the library and head back to school, I took the book with me to the check-out counter. What followed was a pitched battle with my teacher and the librarian on one side, and one very determined boy on the other. In the end, I got to take the book home.

That book changed my life. At the time, I took the descriptions of a world rarely seen to be real mysticism. With great determination and passion, I began reading everything I could get my hands on about Tibet, its culture, and spiritual teachings. Thus, began a lifelong pursuit for of spiritual insight and knowledge mystical experience.

In my youthful naivety, I also began what I deduced as a meditation practice from stories in the book. This practice was quite complex and involved sitting quietly in the lotus posture with my spine perfectly straight while emptying my mind of everything. Then, with eyes closed, the idea was to develop a specific color spot in my field of vision at, what one might imagine to be, an arm’s length away, and then start spinning it into other colors, all while keeping all thoughts at bay. I would do this at night after having gone to bed, or during the day when no one else was home. As you might imagine it was a difficult exercise, however, for short periods of time, I began to experience gaps in my thought pattern.

Then it happened. After about four years of practicing my meditation, one day I was sitting quietly and deep into it, when the bottom dropped out. No mind, no thought—just a great expanse. When the experience ended, I felt the most amazing deep sense of happiness bliss. This bliss we might describe as “the peace which passeth understanding”.

I didn’t know it at the time but I had transcended and experienced the basis of all life that which is complete fullness yet contains nothing. This is sometimes called non-abiding Samadhi.

The problem was my meditation practice was extremely difficult and required great effort and time to achieve the effortless state. I began to search for something easier. My readings led me to try Zen, which, while intellectually satisfying yielded no repetition of the state of no thought only pure awareness. I tried several other practices and even religions until one day I received a phone call that was to be another turning point in my life.

My best friend had gone off college and suggested that I leave my job with the Forest Service and continue my education. I think he just wanted someone to share the rent with but it got me there.

When I arrived on campus to find Maharishi Mahesh Yogi teaching a course about meditation and training young men and woman like me how to teach Transcendental Meditation, a mantra-based meditation practice. I snuck into his lectures and listened attentively and knew this was the spiritual practice I had been seeking.

At the advice of my new friends, I went to ask Maharishi if he would personally teach me. Maharishi was rarely on time anywhere and I waited outside his door a long time for him to emerge. When he finally came out the door there were a number of people waiting like me, some to ask a question, some pay their respects. With about a dozen people ahead of me in the line I waited for my turn, but then I had the thought that I shouldn’t take his time, that I should instead dedicate myself to freeing his time so he could bring this knowledge of meditation and its philosophy to as many as possible, that I should work to serve him selflessly without regard to my own needs and desires. In that moment, I took the Bodhisattva vow and walked away to learn Maharishi’s Transcendental Meditation from one of his teachers.

I knew I had found what I was looking for in my first meditation. Upon learning I experienced quite easily that state of mindlessness I had been struggling so hard for. I knew for certain that TM worked for me when I was walking down the street feeling the perfect bliss within yet realizing that nothing what so ever had happened in my life save for meditation to make it so.

Within six months of beginning the practice, I had gone from a 1.28 GPA to a 4.0, typical of TM practitioners, and had made the decision to become a TM Teacher. I am dyslexic and while blessed with an IQ in the top 1% school had been hell for me, a constant struggle, all that had changed for the better. I became a teacher of Transcendental Meditation in 1972; I am extremely grateful to Maharishi for all his teachings and wisdom that have shaped my life.

After many years of practice, I had a classical awakening into higher consciousness. Now living in non-duality or as Maharishi described it “living 200%, the fullness of the absolute and the relative lived completely and utterly together”.