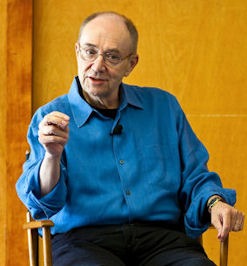 I was born in the summer of 1942 in Camden, New Jersey to a father and mother about whom I know little other than what I have been told by others. When I was three or four, my mother and father split up and I was taken to be raised by my grandmother, a Holy Ghost Pentecostal Christian, and grandfather. When I was about ten or so, my grandfather died and my mother came back to town for his funeral. Soon thereafter, she was remarried to a sweet man, a tool and die maker, who gave me much and provided me with the basis for a philosophical outlook on life. They took me back from my grandmother, and, within a year or so, we — my mother and step-father — moved to Southern California.

In 1958, when I was sixteen and in tenth grade, I stole my parents’ checkbook, booked a flight to New York with a bad check, and moved into the Plaza Hotel, where I assembled a wardrobe and other artifacts, went to a play on Broadway (J.B.), drank, ate high and finally bought a $2,500 Patek Phillipe watch in the hotel jewelry store — all paid for with bad checks from my parents checkbook (times were easier then for a child con man). The watch proved a little too much; hotel security entered the fray, made some phone calls to California, and came to get me. In the end, they called my grandmother in New Jersey who wired enough money to bail me out and get me a train ticket to her.

I lived with my grandmother for a while, got involved with a married woman, was found out by her ex-Marine husband, and escaped into the Army, where I soldiered poorly for three years or so in Germany.

Upon my discharge from the Army, I returned to New Jersey and my grandmother and was hired on as an apprentice machinist at a shipyard in Camden, New Jersey, where my grandfather had worked. I learned a good trade to fall back on and embarked on a pretty good run of good jobs and bad and stupid adventures. Soon after finishing my apprenticeship, I worked as an ambulance chaser for a couple of lawyers for a while, then as a night shift supervisor at a Thompson Ramo Wooldridge Inc. (TRW) machine shop. Before long, a woman who worked for me at TRW left her husband and we took off for Southern California, where I settled into a career of poker, credit card scams, and fraudulent check operations. She didn’t stay for long.

When the police moved in to break up the ring of fences and check runners that I used to dispose of stolen merchandise and cash bad checks, I escaped by the skin of my teeth and ran away to Oregon with another woman who herself was on the run from her husband with her three kids in tow. I took a job there as a photocopy salesman and was soon arrested when the car I was driving was checked by the Oregon police and identified as having been bought in California with a bad check. I was charged with the federal crime of Interstate Transportation of a Stolen Vehicle and transported to Portland, Oregon for trial at the federal district court there. I pled guilty expecting probation but was sentenced instead to three years in the federal penitentiary at McNeil Island, by a judge named Solomon.

I made friends there at McNeil, and together we agitated, read Marx and Engels and Lenin and Mao, came to see ourselves as political instead of criminal, and finally managed to instigate a thirteen-day non-violent work strike, at the conclusion of which I was put in the hole and told that I would stay there until my release — a promise kept.

After eighteen months in the hole, I was released from McNeil, and reunited with the woman with whom I had fled California, went to work for Boeing as a journeyman machinist in the R&D department, and joined the Revolutionary Communist Party. After several years, I left the RCP over an ideological dispute, and before long got involved with a ragtag bunch of anarcho-commies, led by my old comrade from McNeil, who called themselves with considerable grandiosity The George Jackson Brigade. Before long, I had persuaded them to abandon their anarchist ways, to stop bombing Safeway stores and the like where poor and working people had to shop for food, and put together a plan to sabotage the power for the richest neighborhood in Seattle — Laurelhurst — in support of a strike by electrical workers. We thought this might bring to their attention the extent to which their comfort relied on the labor of others. On New Year’s Eve, 1975, we shut down the power after calling the police and the news media to make sure that the action was carried live and in color on TV. It was a spectacular success. The strike was soon settled, and we moved on to bank robbery. Less than a month after Laurelhurst, we tried to rob a trailer bank in Tukwila, Washington and were caught in the act. One of us was shot and killed, I was shot in the jaw, and my old comrade and I went back to jail together.

I didn’t stay caught for long. About six weeks later, I escaped with the help of friends who had evaded capture at the bank, and we left town for a while to lick our wounds and gather our strength. We returned about a year later to rob banks, sabotage capitalist institutions, and cause consternation among our enemies. We managed to do just that for another year or so, after which we were caught again, tried, convicted (the trials were worthy of considerable notice in their own right, but there’s only so much drama can be fit in such an abbreviated sketch as I intend this to be), and sent to prison. After the trials, and before the trip to prison, I married Marianne, our court-appointed investigator, in a ceremony at the federal courthouse attended by a number of well and ostentatiously armed FBI agents — a literal shotgun wedding.

I had been sentenced to a total of thirty years — an act of leniency that almost gave the prosecutor a stroke — and sent to the US Penitentiary at Lompoc, from which I escaped with the help of my new wife a couple of months later.

I was put on the FBI’s Ten Most Wanted List, but this time I resolved to stay straight, as it were. We moved to Golden, Colorado, and I took a job as a precision machinist at Sundstrand, an aerospace company in Denver. All was going quite well until I undertook a campaign to unionize this rabidly anti-union company in the rabidly anti-union State of Colorado. I was fired but later was awarded a considerable settlement for violation of the labor laws that make it illegal to discharge an employee for union activities. I had made a record of very high productivity and accuracy in my work that made it impossible for Sundstrand successfully to claim that I had been fired for cause.

A couple of months after being fired from Sundstrand, Marianne and I made a mistake, we were caught, and I was returned to the federal prison at Marion, Illinois — at that time the “end of the road” intended for the “worst of the worst.” It is customary in the federal prison system to routinely transfer prisoners every couple of years or so, and over the years I did time in Lewisburg, Pennsylvania; Atlanta, Georgia; Terre Haute, Indiana; Talladega, Alabama; Terre Haute, Indiana again; El Reno, Oklahoma; Bastrop, Texas; Sheridan, Oregon; Englewood, Colorado and, finally, Florence, Colorado.

During my years in prison, I studied philosophy, physics, metaphysics, etc. Early on, drawn by its unabashed celebration of a mystical reality, I even converted to Catholicism. Much later, in 1993, in a federal prison in Littleton, Colorado, I got involved with the Buddhists who were coming to prison from the Naropa Institute in Boulder. I was very quick to understand the teachings and successful in my practice. The Buddhists were very happy with me, and they soon brought in a Tibetan lama and I took refuge and bodhisattva vows. In 1994, fifteen years into my sentence, an American spiritual teacher named Gangaji came to the prison. In her presence, I discovered myself to be peace and freedom and love without condition. The next year was spent in an extreme state of bliss and in the clear seeing of the reality of the oneness of all being. The year of blissful experiences was followed by a year in hell, where I lost everything I had attained. I fell into abject despair. Finally, in desperation, I turned to Ramana Maharshi. I put all of my energy into the project of figuring out what he was asking us to do. I wanted to find an activity that would either put an end to my torment or show me that it was, as I suspected, all completely hopeless after all.

These efforts to see for myself whether there was anything to be seen at all have brought an end to the life-long fear and hatred of life that had been the cause of all the trouble. The perfect intimacy with life that has resulted from that loss continues to reveal to me the absolute wonder of life as an ordinary human being in the natural state of being human.

In 1998, I was released from prison on parole and went to work for the Gangaji Foundation in Boulder, Colorado. Six months later the Foundation moved to Novato, California and took me with it. I worked for the foundation as a computer systems manager until July 1999. 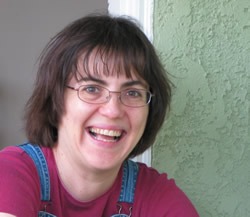 On a Friday afternoon in June 1999, Carla and I discovered without warning that we were meant to be together. On the following Monday, we offered our first public meeting (Palo Alto, California), and on Wednesday afternoon we were married on the back lawn of our friends’ house in San Rafael overlooking the San Francisco Bay.

We have been together ever since, meeting with people ever since and, since August of 2001, we have lived in Ojai, California with our magnificent Maine Coon cat, Switters. I was released from parole in 2007.