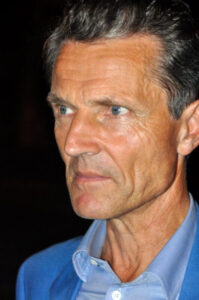 David Lorimer, MA, PGCE, FRSA is a writer, lecturer, poet, and editor who is a Founder of Character Education Scotland, Programme Director of the Scientific and Medical Network, and former President of Wrekin Trust and the Swedenborg Society. He has also been editor of Paradigm Explorer since 1986 and completed his 100th issue in 2019. He was the instigator of the Beyond the Brain conference series and has co-ordinated the Mystics and Scientists conferences every year since the late 1980s.

Originally a merchant banker then a teacher of philosophy and modern languages at Winchester College, he is the author and editor of over a dozen books including Radical Prince: The Practical Vision of the Prince of Wales

David is the originator of the Inspiring Purpose Values Poster Programmes, which has reached over 350,000 young people all over the world.

David is also Chair of the Galileo Commission which seeks to widen the science of consciousness beyond a materialistic world view.

In this conversation, we discuss whether consciousness fundamental or an epiphenomenon of brain functioning. If it is fundamental (our view), how can this become the accepted paradigm? If it did so, how would this change the world?