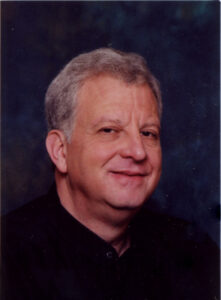 David was on a long and varied journey for several decades.

His father was a Nazarene pastor and David received a “new birth experience” at age 15. He devoured the Bible from cover to cover and went much deeper into exhaustive, detailed studies of Scriptures for years after that. He devoted the first 3 hours of the day in private prayer as well, hungering and seeking for more of God in his life.

He began traveling and speaking in a wide assortment of churches and special events, ministering in more than 2000 speaking events in 49 states and 5 provinces in North America and in other countries. He wrote more than 40 books of varied sizes which were translated in more than 30 languages and distributed in no fewer than 50 nations.

Thousands of people from all walks of life and different nationalities and cultures have written him over the decades. More than a million copies of his books have been printed in Africa alone.

In 2005 David experienced a crushing life blow and put aside everything for a season of seeking God more intimately, desperate for healing from his own brokenness.

In July 2008 his prayers were answered when he was sitting on a large rock in a nature preserve. Time stopped, mind stopped, while everything around him shone with Light and Life. His sense of “personhood” dissolved as he experienced himself as Being.

Since then his life has been largely one of almost uninterrupted peace, bliss, and serenity as a result of what he now calls a “transformation”.