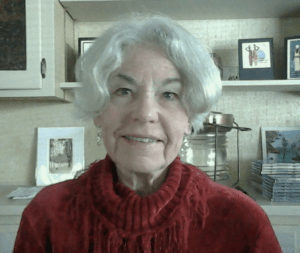 Chris Beal discovered Buddhism as an exchange student in Japan in the 1960s. Given her determination, she was sure she would succeed in getting enlightened. But enthusiasm doesn’t always guarantee success, and she went home disappointed, depressed and demoralized.

Thirteen years later, after a spontaneous awakening, she contacted the priest who had been her main teacher in Japan and began a six-year connection which deepened her understanding of what she had realized.

Meanwhile, she sought a spiritual path in the States but found nothing that spoke to her as deeply as her first teacher had until she met Adyashanti twenty years ago. After almost a decade of absorbing his teachings, she found the realization gradually deepening on its own.

Chris enjoys writing about spirituality and spiritual awakening. Her writing includes numerous published book reviews, author interviews, and articles, She is currently seeking publication of her novel, ENLIGHTENMENT OF THE FLESH, in which the main character’s dilemma reflects that of many seekers: How do you know which way will lead to the ultimate Truth when what you are seeking is not in the realm of imagining?