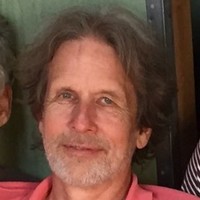 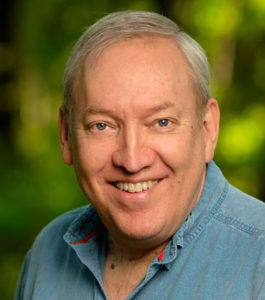 David grew up on the SW coast of Canada. He began witnessing full time during a 6-month retreat in the mid-’70s then the lights came on and celestial perception began. It soon became clear that Self was awake within but had not woken up to Itself through this form yet. Self co-existed with an identified ego. Subtle perception continued to unfold in a myriad of ways.

With a more outward stroke into career, marriage, and family, inner
development continued but took a back seat to life’s responsibilities.

Then in 2005, much of the old life fell away and spirituality moved back to the foreground. After some feedback and darshan with Lorne Hoff, Self, at last, woke up to Itself here. Probably because of the long witnessing, this was quickly followed by a series of profound shifts in Being. (see my first BatGap interview) And then transcending Being into Brahman. In 2011, David was awarded a graduate degree in Vedic Science.

In this interview, we had an extended preamble to touch on the earlier shifts, then we discussed the ParaBrahman shift, pure Divinity, and how embodied Divinity is waking up laws of nature. This process will help raise the presence of Divinity in consciousness.

In the second part of the interview, we touched on the book Our Natural Potential describing the 7 stages of enlightenment, then explored some related topics.

For over a decade, David has been blogging on a wide range of subjects related to unfolding enlightenment. Under the nickname Davidya, he has posted close to 2,000 articles. During the Science and Nonduality Conference in 2017, David gave a talk on the stages described in this interview.

Suzanne B. Stryker, Ph.D. is an intuitive healer, artist, writer and teacher. She has always tended to have profound spiritual experiences.

For over 45 years Suzanne has experienced unity, with divine and Vedic perceptions. Yet she does not claim to have reached the pinnacle of evolution, if there even is such a thing. She feels she is a continual blissful work in progress.

Suzanne had a close student/teacher relationship with Maharishi Mahesh Yogi. In 1976 Maharishi said, “Suzanne is having a positive influence on other people and their experiences, a catalytic effect…”.

Since 1972 Suzanne has been the subject of numerous scientific studies, some of them published in peer-reviewed journals. One study suggested she could influence matter at the quantum mechanical level by mere intention. EEG studies recorded different types of brain wave coherence not typically seen, indicating harmonious and orderly functioning between different parts of her brain.

Oprah’s “Next Chapter” show has asked for an interview. She has been asked to be in a movie with David Lynch on Maharishi’s life.

Through distance healings and phone sessions, she assists people with issues ranging from addiction to dharma. Some of her webinars focus on cultivating intuition, healing and other abilities so that participants can heal themselves and help others as well.

You can sign up for notification of free webinars and the next free Global Group Healing at her website: revealwisdom.com.