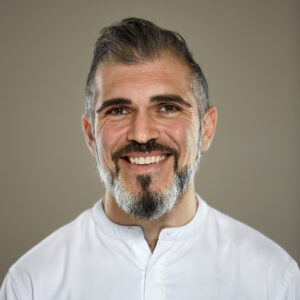 Asil Toksal is an Austrian-born channel. His work includes group energy alignment sessions and the channeling of celestial guides, as well as working on the energetic alignment of sacred sites around the world. The goal of this work is to assist in the evolution of consciousness in humanity. He has traveled widely to do this work, throughout the United States, Europe, Asia, and the Middle East.

For the past eighteen years, Asil has been deeply committed to a spiritual path while also training in a variety of different energy healing modalities. He has worked with many masters and lineage holders of various traditions in South America, North America, and China. In his earlier years, he also served as a CEO and corporate executive in software, marketing, and communications.

Five years ago, during a moment of deep spiritual experience, Asil connected for the first time to the channeled angelic guides and energies that he works with today. He was offered the opportunity to work closely with these guides, but he was asked to make the choice to let go of the prior traditions, rituals, and healing methods he had learned.

After making this choice, the guides assisted him through an intensive spiritual and energetic transformation process. This created a connection that allowed him to begin to receive and transmit energy, as well as spoken wisdom from these angelic and celestial realms. This connection forms the basis of his work.

To learn more about Asil and his work, as well as find an up-to-date schedule of events, videos, transcripts, and more, please visit: 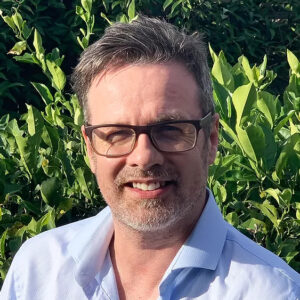 After living with 30 years of sexual, physical, and mental abuse, suffering from PTSD, severe depression, anxiety, suicidal thoughts, and loneliness, Cornelius had had enough. He concluded that suicide was his only option to finally achieve inner peace after hitting rock bottom in December 2018.

But on March 29th, 2019, at 9:26 am, Cornelius experienced a phenomenon physicists call a quantum superposition meaning two or more conflicted states / alternative realities existing at the exact same time and in the same space. During which he was forced to watch the heart-wrenching scene of his wife finding him dying from his future suicide. All from the perspective of past, present, and future versions of himself, from the perspective of his ego, and through Consciousness itself observing it all unfold in the present moment.

Through this experience, Cornelius discovered that there is no such thing as death as we know it when you physically die; only consciousness exists. Followed by a painful five-hour kundalini or consciousness awakening that spontaneously reversed all of his mental and physical health issues overnight including receiving the gift of not having an inner voice, ego, me, myself, and I.

Cornelius also hasn’t had one subconscious thought since that day only pure stillness or Mushin – a mind with no mind.

Through a perplexing series of unfolding events following his quantum superposition, Cornelius discovered newfound abilities, including his continuous connection with Consciousness and a gift for healing for others.

While healing his wife of her 11-year crippling condition called Vulvadynya, Cornelius was shown a vision and channeled by Collective Consciousness to write his life story and share the knowledge he gained from his Consciousness awakening and what he is experiencing every day with the world.

Oneo: Enlightenment of Eternal Life the Acceptance of I, and One with Yourself

is a self-reflective autobiography regarding how our behaviour and actions can affect others, enough for someone to consider taking their own life. Someone like him. By sharing his own journey of pain and inner transformation, newfound wisdom, and knowledge, he hopes to inspire and connect with those seeking a deeper understanding of their own consciousness, and of how consciousness and reality are fundamentally interconnected at every level and everyone.

is also about speaking up for millions who have been shamed into silence, even when they have done nothing wrong. Sometimes it’s unbelievably raw, depicting scenes of abuse and molestation from his early childhood and all the way into adulthood. But what happened to Cornelius happens to millions of people around the world all the time.

​The most recent World Health Organisation reports show that approximately 1 million people die from suicide each year. That’s one death every forty seconds. Over two thousand people each day end up taking their lives in order to find peace. Countless others choose emotional suicide, living out their lives in lower vibrations, suffering, or just getting by, knowing that we have a choice.

is part of his mission to be of service to humanity to change the way we treat one another and ourselves. To help those who have lost their way find their role and meaning in life; to receive strength and encouragement to heal themselves emotionally, mentally, physically, and spiritually. To heal this world, one person at a time, starting from within. 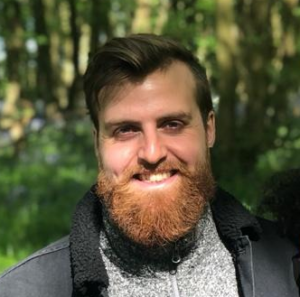 Dr. James Cooke is a neuroscientist, writer, and speaker, whose work focuses on consciousness, with a particular interest in meditative and psychedelic states.  He studied Experimental Psychology and Neuroscience at Oxford University and is passionate about exploring the relationship between science and spirituality.  He writes for RealitySandwich.com and is the host of the podcast Living Mirrors with Dr. James Cooke, which can be found on his YouTube channel.  He splits his time between London and the mountains of Portugal where he is building a retreat centre, The Surrender Homestead, @TheSurrenderHomestead on Instagram.  Find him @DrJamesCooke on Instagram, Twitter, and Facebook, or at DrJamesCooke.com.