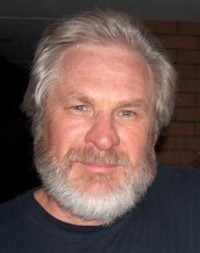 Born in 1954 to a working-class family in the country town of Bunbury, Western Australia as Vincent Cooper, his family soon moved to Perth and he attended Aquinas College. While in boarding school he became interested in spirituality and at the age of 14 considered becoming a priest.

As his love for the unknown continued an unexpected involvement with an encounter group at age 19 stirred a passion for self-discovery that grew ever stronger as time passed.

Moving into the 1970s as a successful publisher gave him an ever greater opportunity to travel the world to seek ways of opening up the mysteries of his own mind and spirituality.

As a Sanyasin for much of the 1980s, he developed a love for practicing meditation, living in numerous mystery schools, and devoting his life to discovering his true nature.

Having lived the fast-paced life of a high-flying businessman, he sought to live out the new name he had been given by Osho Rajneesh – Prem Vishrant, meaning restful love, through meditation and spiritual understanding.

After spending six months in Italy attending a mystery school run by Paul lowe (formally known as Teertha ) He had his first major awakening in 1987 while practicing the Zen methodology of self-inquiry, an event that changed his life forever.

Vishrant gave up his publishing company and spent the next three years intensely seeking his true nature.

Following Osho’s death in 1990, he dedicated his life to the service of all he came in contact with, training first as a naturopath and masseur, and later as a psychotherapist, as he looked for better ways to serve those around him.

It was in 1998 in the presence of traveling Advaita Vedanta teachers (Isaac Shapiro, Gangaji, and Vartman) that multiple awakenings started occurring, establishing in May 1999. Vishrant found himself as universal Truth in an ongoing way.

His satsangs have the potential of showing seekers their true nature and with a mix of traditional and modern techniques helping people remove the obstacles to freedom.

Vishrant brings his passion for life, his razor-sharp insight, and his radiant presence to every meeting.

Video and audio below. Audio also available as a Podcast