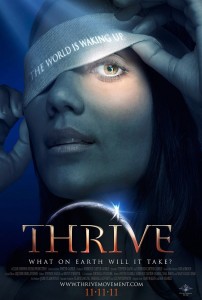 THRIVE is an unconventional documentary that lifts the veil on what’s REALLY going on in our world by following the money upstream — uncovering the global consolidation of power in nearly every aspect of our lives. Weaving together breakthroughs in science, consciousness and activism, THRIVE offers real solutions, empowering us with unprecedented and bold strategies for reclaiming our lives and our future.

Foster Gamble is President and Co-founder with his wife, Kimberly, of Clear Compass Media, which produced the documentary THRIVE: What On Earth Will It Take? 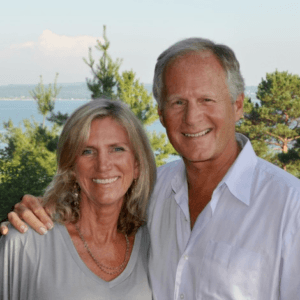 Previously, Foster was CEO of MindCenter Corporation and an instructor in the non-violent martial art of Aikido. He was the on-screen host for the PBS documentary Aikido – The Way of Harmony.

Foster created three training programs Interaction Dynamics, LifeBalance and Zonesport He has delivered these programs for corporations, schools and sports teams throughout the country.

A lifelong calling toward a unified understanding of universal energy principles led to his co-convening The Sequoia Symposium, an ongoing series of brainstorming gatherings bringing together scientists, mystics, philosophers and intuitives in a team quest for a Unified Field Theory that includes spirit and consciousness.  His specialty is the geometry of space.

Foster has four grown children and in his spare time enjoys music, sports, and being in nature.

Kimberly Carter Gamble is the Producer, Director and Co-Writer of THRIVE, a popular and important documentary that has been translated into 24 languages and seen by over 17 million people in its first year and a half. Kimberly is a former journalist for Newsweek International and is currently CEO of Clear Compass Media. The granddaughter of a suffragette, Kimberly was imbued early with a personal sense of the important role for women in ushering in transformative global change.