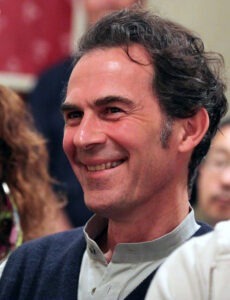 Our entire world culture is founded on the belief that there is a substance that exists outside of Consciousness, called ‘matter’. Matter is believed to be the fundamental reality of all existence, and Consciousness is believed to derive somehow from this substance of matter. Strangely, the idea of matter was invented a few thousand years ago, and we have been looking for it ever since. Scientists are still looking for it — they haven’t found it! The fact that nobody has ever glimpsed this substance seems not to have had too much impact. It’s like spending centuries discussing the eating habits of the Loch Ness Monster. The fact that nobody has ever seen the Loch Ness Monster seems to have been overlooked.

Our culture, I believe, now finds itself in a similar position to that in which it found itself in the middle of the sixteenth century. When Copernicus presented his ideas about the heliocentric universe, he ushered in a new era of science that replaced the old religious worldview. Society had outgrown the forms it had created to accommodate itself.

We are now at a similar stage. Our society has outgrown the forms that conventional science created to accommodate itself, and the signs of this are to be found everywhere. The new science is the science of consciousness.”