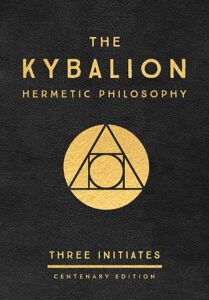 Do not make the mistake of supposing that the little world you see around you – – the Earth, which is a mere grain of dust in the universe – – is the universe itself. There are millions upon millions of such worlds, and greater. And there are millions of millions of such universes in existence within the infinite mind of The All. And even in our own little solar system there are regions and planes of life far higher than ours, and beings compared to which we earthbound mortals are as the slimy lifeforms that dwell on the ocean’s bed when compared to Man. There are beings with powers and attributes higher than Man has ever dreamed of the gods possessing. And yet these beings were once as you, and still lower – – and you will be even as they, and still higher, in time, for such is the Destiny of Man as reported by the Illumined.

And death is not real, even in the relative sense – – it is but birth to a new life – – and you shall go on, and on, and on, to higher and still higher planes of life, for aeons upon aeons of time. The universe is your home, and you shall explore its farthest recesses before the end of time. You are dwelling in the infinite mind of The All, and your possibilities and opportunities are infinite, both in time and space. And at the end of the grand cycle of all Aeons, when The All shall draw back into itself all of its creations – – you will go gladly, for you will then be able to know the whole truth of being at one with The All.”

—The Kybalion, A Study of the Hermetic Philosophy of Ancient Egypt and Greece