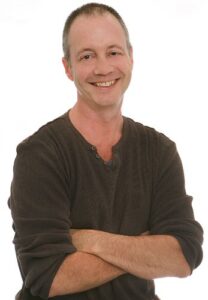 This guest has recently been promoting conspiracy theories lacking in any credibility. This type of misinformation may be dangerous and harmful. We encourage you to discriminate carefully.

Phil Escott considers himself a spiritual idiot. He says he has made every mistake and taken every wrong turn possible… but then again there is no such thing as a wrong turn.

Born in 1962 in the south of England, he had many glimpses of the absolute even as a young child. The fascination with all things mysterious continued through his teens, and he became fascinated with Indian culture and spirituality, devouring books such as Yogananda’s Autobiography of a Yogi and Muktanada’s Play of Consciousness. In 1979 he started experimenting heavily with hallucinogenics, pretending to be Carlos Castaneda. Shortly after this he experienced a spectacular awakening, but with no guidance or knowledge of what might have happened he resisted it, plunging into a couple of years of tremendous fear and suffering.

In 1983 he learned TM, which calmed the unpleasant experiences, and then went on to do the TM Sidhi course in 1986, moving to Skelmersdale, the UK’s largest TM community, where he faithfully followed the programme for a decade or more, searching far too hard for the “prize”. By 2000 he had become somewhat disillusioned, and by 2006 his meditation practice was sporadic at best. One day, upon deciding to just let go totally of TM, in that moment he experienced the same awakening that hit him back in 1979. This time though, there was surrender, and it stuck.

However, there was, as is so often the case, far more work to do. By 2010, to his astonishment, he found himself crippled with arthritis and other ailments, and a long, dark night of the soul followed as he was forced to throw out many accumulated dogmas, facing a total reassessment of lifestyle, diet and emotional issues, refusing conventional medicine. Upon gradually regaining his physical health, he experienced a further awakening in 2013 when using Byron Katie’s approach to unlock certain emotional blocks, and the heart opened. Since then he has been “back in the marketplace” while the experience deepens day by day.

He still lives in Skelmersdale where he helps people to find their way out of autoimmune issues through his website at pureactivity.net, has a novel published (An Illusion of Maya), plays drums in several bands and enjoys his wonderful family. He is working on a book about how he healed himself, which will be called “Arthritis, The Best Thing That Ever Happened To Me” focusing on the blessing of illness and how it can be a clear pointer to evolving, and perhaps even awakening.

The huge mystery to him now is that he didn’t notice the unity of everything and spent his life striving for what was there all along. His dream is to help people to notice this elusive but simple and natural miracle for themselves.

Book: ARTHRITIS – The Best Thing That Ever Happened to Me.: Healing The Pain Of Psoriatic And Rheumatoid Arthritis And How Autoimmunity Can Heal Your Body And Soul