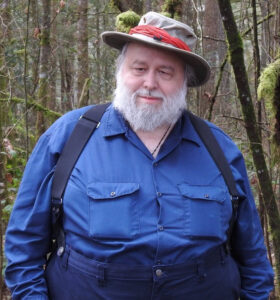 Raymond Schumann is a fifth-generation carpenter with a high school education. A Roman Catholic upbringing left him sexually repressed. Adolescence left him a Soldier of Christ gone AWOL.

In his twenties, he learned about dissociative disorder. The theory explained much. Help was not thick on the ground and ripe in the pod. Not in those days. A shrink who claimed to treat multiple personalities endangered his career. Schumann was on his own. He named the self who thwarted his desires Holdfast.

Schumann knew spiritual consciousness was essential to healing. That only made things worse. He’d watched guru after roshi disgrace themselves. There was nothing to trust there. The more he sought healing, the worse Holdfast trashed him.

Things only got worse from there.