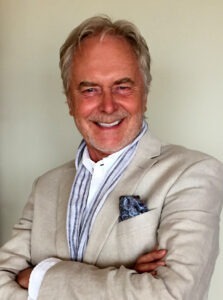 Some of the opinions expressed on certain topics in this interview do not reflect BatGap’s point of view.  While this may be true of any of our interviews, we wanted to make a special point of it here since the opinions were stated rather emphatically.

Hans Wilhelm has created over 70 short YouTube videos in which he explores and visually explains the dynamic of the universal laws. This ‘back of a napkin’ approach has been so appealing that his YouTube channel has more than 100,000 subscribers.  Hans says, “My mission is to offer these videos to inspire viewers to question and explore spirituality and their own relationship to the universe.”

He is the author and illustrator of over 200 books for all ages – including some together with Byron Katie. His books have sold over 40 million copies and are translated into 30 languages. 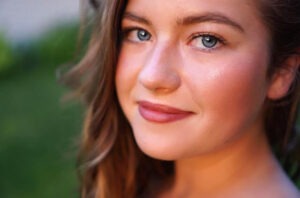 Courtney began her path as a seeker at a young age, progressing to the point that these teachings began to flow through her, effortlessly and with complete love and joy, starting at age 16. In the beginning, the wisdom was received for her own evolution and understanding, but after a short time she was guided to share it with as many people as possible through a book. Teachings from God: Greeting Your Soul and Revealing the Divine Within

has given Courtney the inspiration and tools to create the life that excites her, and more than anything she wants to inspire you to do the same.

In addition to authoring Teachings from God, Courtney is a musician and leads Kirtan, and is also qigong practitioner of 13 years, hoping to become a qigong master one day.

Kirtan, also called Bhakti yoga (yoga of devotion) is a call-and-response style of yoga chanting that includes both the musicians and audience. You can find her original music and live Kirtans on her website and on her YouTube channel. 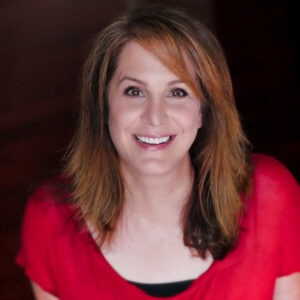 Sarah is an actor, writer, stand up comedian, and a spiritual/creative mentor and healing practitioner living in Los Angeles.

As a child, creativity and spirituality were at the forefront of her life. The lived experience of unity faded as trauma and stress from a troubled home edged out this awareness. But as Sarah began to discover singing and acting, she was hooked on the transcendence they evoked.

She studied acting, graduated from California Institute of The Arts, and moved to Los Angeles. She began to question who she was and an impending initial awakening was thwarted by getting on a heavy dose of antidepressants. Overmedicated, misdiagnosed, and frozen in a suspended state for roughly a decade, Sarah eventually got off all medication and began a quest for truth.

An anxious, atheistic insomniac who simply wanted to get a good night’s sleep, in 2007 she took up meditation, immersed herself in Buddhist practice, and got way more than she asked for. She immediately began having deep, altering experiences on the spiritual path. She displayed an ease and familiarity with meditation practices, most notably those of Padmasambhava. At this time, Sarah began teaching meditation to other anxious artists as well as at companies.

She soon began undergoing a series of profound awakenings, which included Kundalini energy, intuitive abilities, and dark nights of the soul that uncovered old trauma to be healed. Even though she was studying Buddhism, there was not much support for this transformation and Sarah was lost for a while.

While navigating this radical shift in identity, she was working and creating as an actor and writer/stand up comedian, performing nightly at the comedy clubs in Los Angeles. She fell in love, too! Eventually, a settling, clearing, and integration of these shifts began to take place.

In 2016, Sarah awakened into unity with a deeper dissolution of who she had taken herself to be, abiding in a revelation of her true nature, delighting in being nothing and everything at once. A deepening and a maturation continue to unfold.

Sarah mentors people who are committed to the path of the modern, creative mystic. She leads women’s circles, retreats, and meetings, and sees people one-on-one.

Her writing and performing continue to evolve. Her humorous memoir, The Divine Mess: A Journey Through Love, Los Angeles, and Enlightenment is in the works, as is an hour-long live show.

She lives with her husband, dog, and cat on the Eastside of L.A.