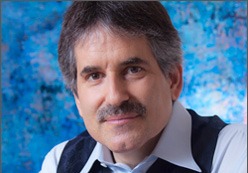 Andrew Cohen is an internationally respected spiritual teacher, cultural visionary, and founder of the global nonprofit EnlightenNext and its award-winning publication EnlightenNext magazine. Since 1986, Cohen has been traveling the world giving public lectures and leading intensive retreats. Through his writings, teachings, and ongoing dialogues with leading philosophers, scientists, and mystics, he has become known as one of the defining voices of the new evolutionary spirituality.

Born in New York City in 1955 and raised in a secular Jewish family, Cohen had his passion for spirit unexpectedly ignited at the age of sixteen, when a spontaneous revelation of  “cosmic consciousness” opened his eyes to a new dimension of life. Some years later, as a result of that experience, he gave up aspirations to become a musician and dedicated himself wholeheartedly to its rediscovery. After several years of intensive spiritual pursuit in the United States, including the study of martial arts, Kriya Yoga, and Buddhist meditation, Cohen followed the footsteps of a generation of Western seekers to India. It was there, in the land of the sages, that he met his last teacher H.W.L. Poonja, a disciple of the revered Ramana Maharshi, in 1986. In just a few short weeks, Cohen experienced a life-changing awakening, the story of which was told in his first book, My Master Is My Self. Shortly afterwards, with his teacher’s blessing, Cohen began to teach.

Always an independent thinker, Cohen soon diverged from the traditional Eastern approach that had catalyzed his own awakening, with its emphasis on transcendence and the illusory nature of the phenomenal world. Grappling with questions and challenges that arose as he sought to bring the revelation of enlightenment to a contemporary Western audience, he gradually forged his own original spiritual teaching, Evolutionary Enlightenment. A modern-day equivalent of the ancient wisdom teachings, Cohen’s work is no footnote to tradition, but a distinct and innovative synthesis. He has brought the timeless depth of enlightened wisdom into the twenty-first century and significantly redirected its purpose and promise—calling not for transcendence of worldly attachment, or even for compassionate care and service, but for a deep and heroic responsibility for theevolution of the world. In this, he finds more in common with the great evolutionary visionaries of the last century, such as Sri Aurobindo and Pierre Teilhard de Chardin, than he does with the ancient Eastern enlightenment tradition in which his own awakening occurred. To both these streams of thought he adds a further element: a rich and nuanced understanding of the practical dynamics of individual and cultural transformation at our particular moment in history.

Cohen’s interest in cultural evolution is much more than theoretical. For more than two decades he has been intensively engaged with committed individuals and groups from around the world who are striving to put his teachings into practice. This engagement has, in turn, informed his thinking, creating a dynamic and fertile interplay between vision and practice, ideal and reality. Among the many fruits of this work, perhaps the most significant has been a series of breakthroughs into collective or intersubjective higher states of consciousness, and the active translation of these insights into new values, perspectives, and principles that are enabling individuals to lay the foundations for a new cultural paradigm. The results of this living inquiry are embraced and shared by a growing global movement of “Evolutionaries.”

In addition to his work as a teacher, Cohen is also dedicated to changing the cultural conversation about the purpose and significance of spiritual enlightenment in our time. This is best seen in the magazine he founded in 1991, EnlightenNext (formerly What Is Enlightenment?), which has become the premier forum for serious discussion at the intersection of spirituality and culture. In its pages, and the live forums that have grown out of them, Cohen and his team of collaborators have engaged spiritual, religious, cultural, and scientific thought leaders in a dynamic inquiry about the nature of inner and outer evolution. Cohen’s unusual perspective and commitment to dialogue have led to invitations to speak at numerous forums over the years, including the Parliament of the World’s Religions (2004, 2009), LOHAS International Conference, International Transpersonal Conference, Integral Leadership in Action, and the International Conference on the Frontiers of Yoga and Consciousness Research, as well as universities, spiritual centers, and business settings around the world.

EnlightenNext has centers worldwide, and members in more than twenty countries. Cohen lives at the organization’s world headquarters in Lenox, Massachusetts, and spends several months of the year traveling, teaching, and leading retreats around the world.

Other Books by Andrew Cohen: